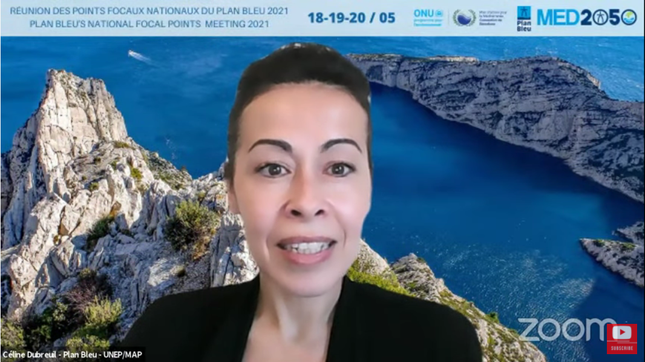 This event aimed at highlighting achievements made in the transition towards a sustainable blue economy in the Mediterranean Basin, including successful initiatives and policies.

Representatives of IEMed (Josep Ferré Director General), DG-MARE (Isabelle Viallon, Deputy Head of Unit), the Portuguese Ministry of the Sea (Helena Vieira, Director General of Maritime Policy), the Spanish Ministry of Foreign Affairs, European Union and Cooperation (Jaime del Olmo, Deputy Sub-Director for Agricultural, Fishery, Food and Maritime Affairs),  the Spanish Ministry of Agriculture, Fisheries and Food (Ignacio Gandarías, Director General for Fisheries and Aquaculture),  Union for the Mediterranean (Isidro González, Deputy Secretary General for Water, Environment and Blue Economy), as well as the Ambassador of Portugal to Spain (João Mira Gomes), have outlined the current priorities and challenges in regards to the blue economy sector, taking into consideration the post-COVID-19 recovery plans and the EU’s Green Deal strategy. The need for cooperation, especially in the Western Mediterranean sub-basin, was also highlighted.

After the invited speakers’ presentations, a discussion with experts and practitioners involved in organisations aiming to foster a sustainable Mediterranean blue economy followed.

Between the intervening experts was Mrs. Céline Dubreuil, Director of Programmes in Plan Bleu - Regional Activity Centre of the Mediterranean Action Plan (MAP), United Nations Environment Programme (UNEP), representing the Interreg MED Blue Growth Community. Mrs. Dubreuil, in the short time she was given, had the opportunity to present Plan Bleu’s work in the Blue Economy sector, as well as several Blue Growth Community’s initiatives in collaboration with other Interreg MED Communities and International Organizations, as the Guidelines on Cruise and Recreational Boating and the Roadmap on Sustainable Aquaculture. She also highlighted the need to exploit synergies amongst Blue Economy sectors and promote establishment of permanent clusters, as well as the importance of cooperation between European and non-European countries in the Mediterranean Region.

A very nice comment came by Mr. João Mira Gomes, Ambassador of Portugal to Spain, towards the end of the conference, who stated that “There is no green without blue, but we have to start from green to preserve the blue.”