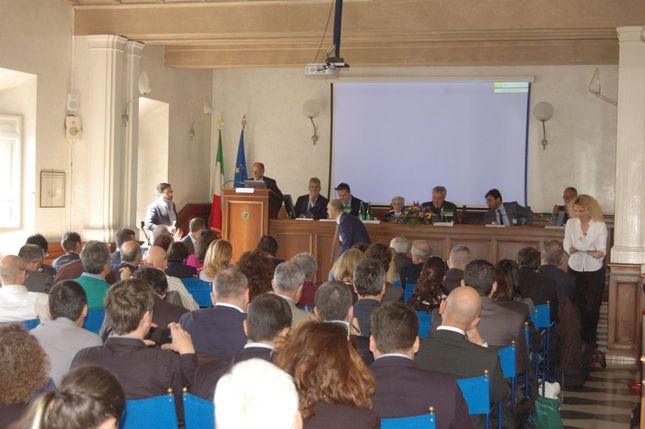 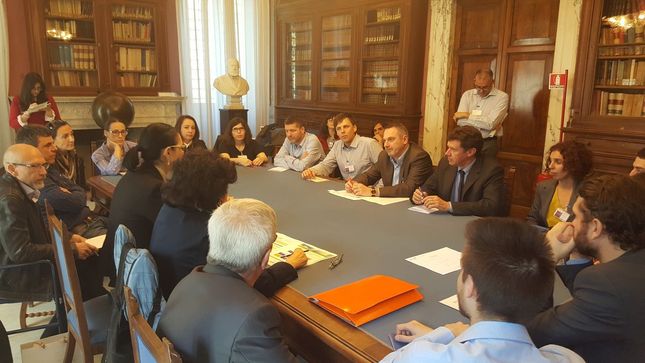 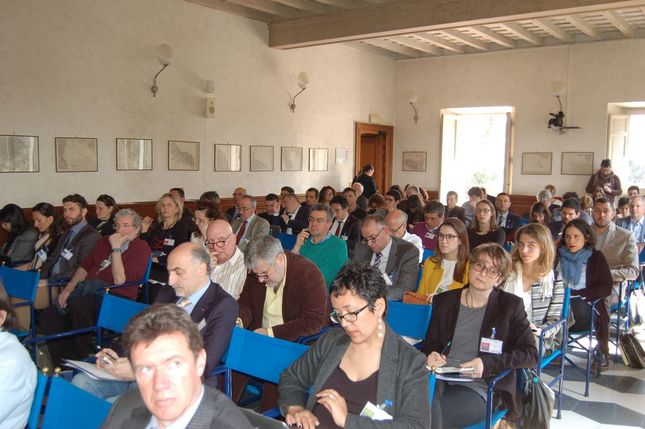 The Launch of the InnoBlueGrowth Community took place in Rome on April 6 & 7, 2017 with enthusiastic participation. A total of 120 participants: stakeholders, policy makers and researchers attended. They debated on the future of Blue Growth in the Mediterranean and the long-term strategy of the European Commission to support sustainable growth in the marine and maritime sectors of the region. They also got to learn more about Interreg Med’s projects and vision for the basin.

The seas and oceans are key driving forces for the Euro-Mediterranean economy: the so-called "blue economy" employs 5.4 million people and generates a gross added value of almost 500 billion euro a year (Commission Staff Working Document - Report on the Blue Growth Strategy Towards more sustainable growth and jobs in the blue economy, 2017). Some sectors still have further growth opportunities and this was reflected by the participants of the event who manifested special interests in developing new technologies for safety and clean energy.

The presence of institutions from all coastal regions of the Mediterranean and European countries was particularly remarkable, which evidences an active commitment for coordination and sharing future basin development policies.

In order to revive a real economy and overcome the current crisis, the European Union tries to support employment, competitiveness and social cohesion, above all focusing on the potential growth of the economy of the sea. Blue Growth is an opportunity that “Europe, with its 89 thousand kilometers of coastline cannot lose.” In this direction moves the BLUEMED Initiative - explained the coordinator Enrico Brugnoli – “to promote social welfare, local prosperity, knowledge for future generations and to stimulate employment and economic growth in the Mediterranean.” The BLUEMED Initiative, with the support of the European Commission, developed and agreed between Cyprus, Croatia, France, Greece, Italy, Malta, Portugal, Slovenia and Spain. Its pillars are innovation and multidisciplinary research into the development of new marine technologies, conservation, and enhancement of the marine cultural heritage. The Initiative is also open to non-EU Mediterranean countries, with the aim of launching regional cooperation in the Mediterranean for "Blue Growth" at the local, regional and international levels.

It is obvious that imposing sea borders is a non-viable strategy. The European perspective must necessarily have an opposite view point that is the shared and coordinated management of a territory, a place for exchanges and connections between people. “With Interreg Med projects, we want to implement a Cooperation Program in which communication, community building, and capitalization of projects are essential to facilitate this collective effort” explained Maria Groueva, Project Officer at the Interreg Med Joint Secretariat.

Some issues, such as Maritime surveillance (theme of the PROteuS modular project), have aroused the appreciation of the Italian Navy who, in the words of Admiral Aurelio De Carolis, has expressed interest in sharing innovative monitoring technologies in the Mediterranean Sea.

The debates of the two-day event focused on the opportunities and limits of Blue Growth, in the perspective of a cultural sharing of the operators in the sea, rather than its legal regulation, as Plenipotentiary Minister of the Ministry for Foreign Affairs Paola Imperiale and CoNISMa representative in the European Marine Board Ferdinando Boero explained.

Besides the debates, further activities such as a speed-dating and round-tables were organized, to reinforce the cooperation dynamics and knowledge of each project, addressing themes such as blue renewable energies, maritime surveillance, and yachting. Transversal issues such as governance, spatial planning, data, and modelling were also discussed, underlining the need to further coordinate programs and projects actions for a more sustainable development of the Mediterranean.

This community of ideas, knowledge, and productivity will meet again in September in Marseille, to talk about Yachting, and later in the fall to discuss about Blue Energy. Another meeting on Maritime Surveillance, will follow in 2018.